Cobb Talks the Future of SportsCar 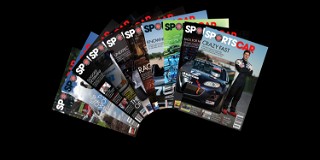 The Fall season is a time for planning in the SCCA offices, and you’ll soon notice at least one of those plans coming to fruition.

Our eagle-eyed members will notice that, when the current issue of SportsCar Magazine lands in the mailbox in the coming days, it will be labeled the “November/December” issue, thicker than a “regular” issue and including a year-in-review recap of our 2020 championship events.

Beginning in 2021, this will become a permanent change. Extending the close 37-year-long publishing relationship we’ve had with Racer Media & Marketing, SportsCar will become a bi-monthly print magazine that every membership household will continue to receive. The first five issues of the year will remain filled with the high-quality features, content and photos that tell the story of our Club; the final issue of the year will double in size and feature a recap of Championship season and hold a year-in-review slant to it.

Before the rumor mill begins to churn, I want to be transparent about the reasons for this change.

For much of our 76-year history, a magazine was the most effective way to get news to membership. It originally included meeting notes, event postings, and calls to action. That evolved to features and results, and for many years was the delivery method for FasTrack each month. The advent of the internet and email, like so many aspects of the world, has changed the way we deliver and consume information.

Yes, the move to fewer issues is partly financial, but not in the way you might think. It is most certainly not a “cost cutting” issue. We won’t suddenly see half of the money previously allocated to SportsCar cut out of the budget or added to the bottom line. Instead, we’re looking at the bigger picture—where the print medium is just one of the many ever-evolving channels we need to leverage—and making some changes to enhance the way we communicate to members, engage enthusiasts and share the SCCA story.

Not seeing the Up to Speed newsletters on Tuesdays? Make sure to check your junk or promotions folder (if you’re using Google). If you still don’t see it, just shoot Kerrie Speed an email and she’ll get to the bottom of it!

We began the shift earlier this year with the launch of our weekly Up to Speed e-mail newsletters, which deliver features, timely news, and upcoming information, all right to your inboxes to be read on your phone, tablet or computer, every Tuesday afternoon. Those newsletters highlight recent content shared on SCCA.com, another channel that we’re making plans to improve. These digital services—along with the print editions of SportsCar and various social media channels—work collectively to deliver the SCCA story in a more timely, efficient, and relevant manner.

We know that the print edition of SportsCar Magazine is still popular with the membership, and it’s an important part of the history and record-keeping of the club. We expect it will remain an important part of the SCCA well into the future. I like the reminder that I’m part of a bigger family with some amazing people when that cover shows up in my mailbox, too. But the future also includes digital channels that’ll work hand in hand with SportsCar to deliver the best SCCA story possible. So we’re shifting to build the best of both worlds—with the continued support of our friends over at RACER.