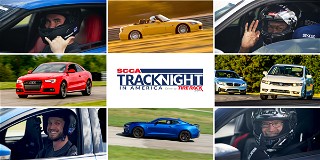 For evidence, I ask you if you’d still Watch Me (Whip/NeNe)? If you remember Adele saying “Hello”? There were still four more seasons of Game of Thrones to go, and 13 Marvel Universe movies waiting in the wings (we were only up to Avengers: Ultron!).

But here’s the kicker: If you wanted to put your car on a race track, most likely you were going to be asked to give up at least one, and maybe two, days of your weekend to do it.

That’s right – if you wanted to head to the race track on Tuesday afternoon, pull on your helmet, plunk down $150 (or less), and just run laps, you couldn’t do it. There was no Track Night in America Driven by Tire Rack until April of 2015.

Now, just five years later, we’ve reached a milestone. Track Night in America is familiar to many of us, and, as of today, more than 40,000 cars have been on track during the program.

That’s right, the SCCA has helped put more than 40,000 cars onto a racetrack in the easiest way for a driver to participate in motorsports.

That number includes plenty of repeat customers, of course. Still, the fact remains that we, together – from the tracks to the SCCA Regions –  have helped the new folks come together and enjoy this sport.

Be a part of Track Night. Join us at one of our nationwide events.